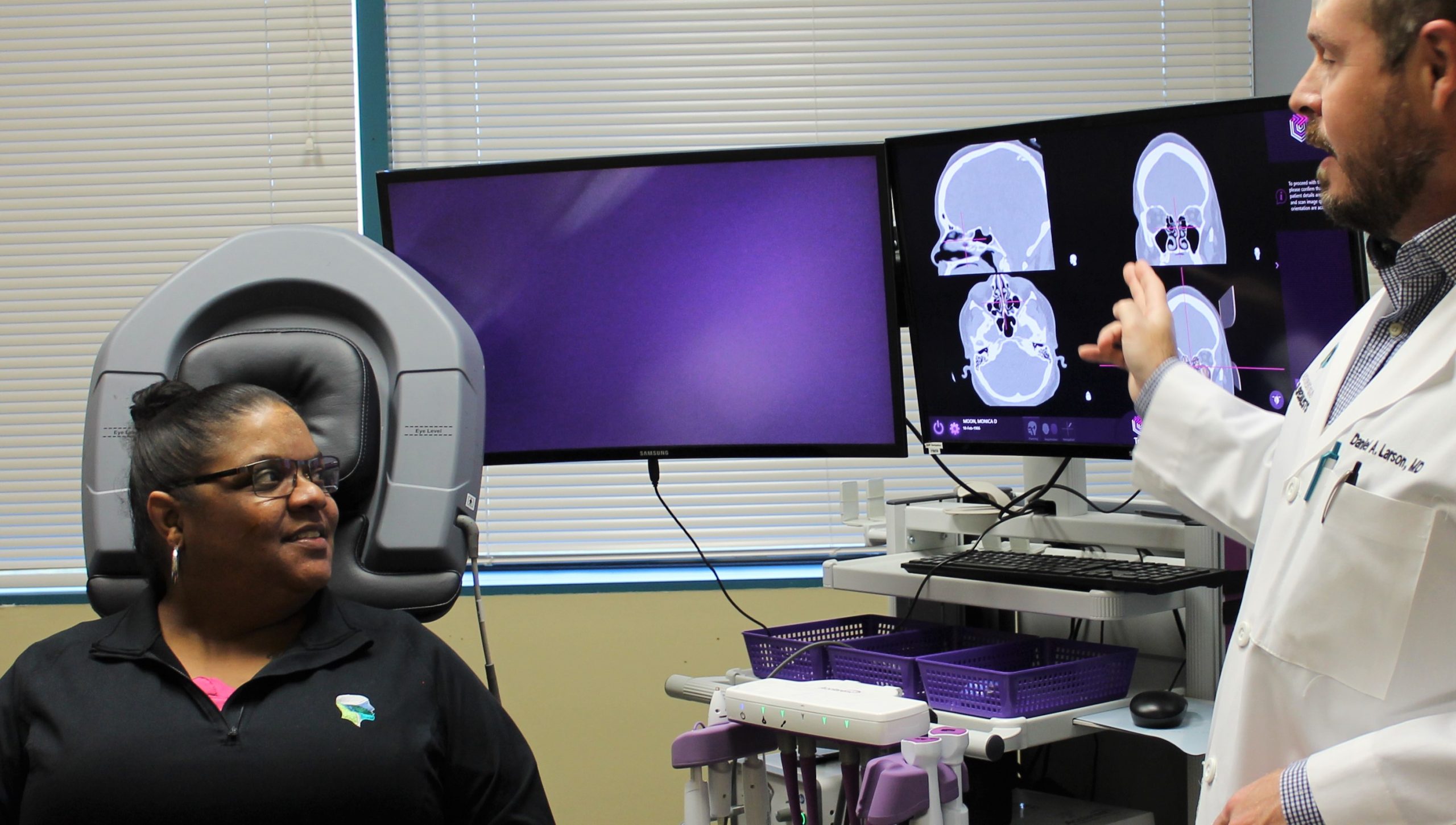 What are the signs and symptoms of Chronic Sinusitis?

If you have any of these symptoms, you may suffer from chronic sinusitis. First line medical treatments include: nasal rinses (like the Netti pot), nasal steroid sprays, antibiotics and antihistamine medications. If your symptoms fail to improve with proper medical treatment we recommend an in office evaluation to include a brief nasal endoscopy to directly examine the sinus drainage pathways.

If signs of chronic sinusitis are present (nasal swelling, thickened mucous or nasal polyps), then we can further evaluate your condition with our in office CT scanner to examine all the sinuses to look for signs of obstruction and chronic inflammation.

Chronic sinusitis that does not respond to appropriate medical treatment can be treated in multiple ways:

Not all nasal congestion is due to chronic sinusitis.

If you symptoms are primarily difficulty breathing through the nose, especially if this is worsened during exercise or laying down. Then you may suffer from blocked nasal passages – this can be due to:

A deviated septum occurs when the cartilage and/or bone that makes up the middle wall of the nose gets pushed off (or deviates) to one side. This often causes breathing that is worse on one side, but may actually impact airflow on both sides. A deviated septum may be a consequence of prior nasal trauma (eg. sports injury) or may develop naturally over time. The nasal blockage from a deviated septum can sometimes be controlled with a nasal steroid spray, but often needs surgery (A septoplasty) to correct this.

Turbinate hypertrophy occurs when normal ridges inside of your nose called turbinates enlarge in response to chronic inflammation or a deviated nasal septum. This condition often improves with nasal steroids, but if it does not, then a minimally invasive procedure to decrease the size of the turbinates may be indicated.

The septal turbinate (also known as the septal swell body) is an area of soft tissue on the anterior septum that can abnormally enlarge and cause nasal airflow obstruction. Again, nasal steroid sprays are the first line treatment for septal turbinate hypertrophy. If symptoms fail to improve, this area can be opened with a minimally invasive procedure in the office.

A Concha bullosa is an abnormally pneumatized (air-filled) turbinate that can block proper airflow high in the nasal cavity.